Perhaps surprisingly, we still do not know whether or not NAD+ synthesis actually changes as we age. The majority of tissues primarily synthesize NAD+ via the salvage pathway, converting it from nicotinamide (NAM) into nicotinamide mononucleotide (NMN) and finally into NAD+.

The liver is somewhat of an exception; while it uses the salvage pathway to recycle NAD+, it also creates a significant amount of NAD+ via the de novo pathway, a pathway involving several steps that begin with the essential amino acid tryptophan. The liver, as demonstrated in a recent human trial, and other tissues, such as the kidneys, can also convert nicotinic acid (NA) into NAD+ as follows:

NAD+ can also be created via nicotinamide riboside (NR), which is ultimately converted into NMN upon entering the NAD+ salvage pathway (the loop in the bottom right of the diagram).

However, given that NR levels are naturally low unless supplemented, the importance of this pathway compared to endogenous NAD+ production is unclear in the context of age-related changes. This is supported by studies showing that mice lacking nicotinamide riboside kinase are still able to maintain NAD+ levels via more typical pathways.

Nicotinamide phosphoribosyltransferase (Nampt) is also subject to age-related decline, at least in adipose fat, adult neural stem cells, and skeletal muscle cells. Delivery of additional Nampt, at least in mice, also appears to delay some aspects of aging and increases their lifespan; the same study also showed that Nampt, which is delivered via extracellular vesicles, declines during aging in both rodents and humans.

Finally, nicotinamide mononucleotide adenylyltransferases (NMNATs), which are a critical part of the salvage pathway, are another potential source of NAD+ decline. All the pathways for NAD+ synthesis need NMNATs, and one study showed that there was a significant decline of the enzyme Nmnat1, which catalyzes NAD+ synthesis, in the livers of aged mice.

Taken together, these studies strongly suggest that there is an age-related decline of NAD+ synthesis, which occurs via a number of potential channels.

The redox status is defined as the balance between pro-oxidants and antioxidants in the body. NAD occurs in two forms: oxidized (NAD+) and reduced (NADH). Most studies have focused on NAD+ rather than NADH, which is more difficult to measure, is less stable, and has a concentration significantly lower than NAD+, which makes measurements less accurate or makes them appear to be.

However, the level of NADH is important in the context of measuring NAD+ decline during aging, since a redox shift to the reduced form could reduce the concentration of NAD+ without changing the overall ratio of the pool of NAD+/NADH combined. 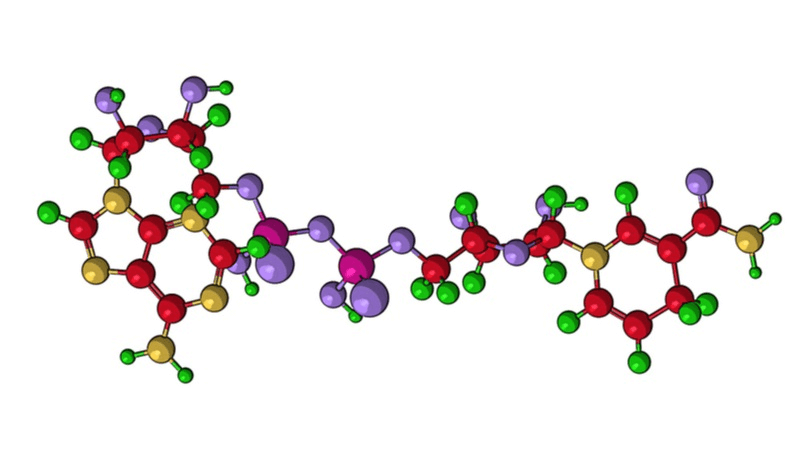 This is supported by an MRI study of NAD+ content in the brain, which showed that the level of NAD+ decreased during aging but the NADH level increased. This means that the decline in the total NAD+/NADH ratio is slower than the decline of NAD+ alone. Further support for this can be found in a small human study in which a more reduced NAD+/NADH ratio was observed in the plasma of aged individuals.

With this in mind, future researchers should focus on improving the practicality and accuracy of NADH measurements while taking changes in redox status into account when doing NAD+ measurements.

The concentration of NAD+ within the cell is highly compartmentalized; for example, the level of NAD+ present in the mitochondria is considerably higher than that found in the cytosol. It is also possible for mitochondrial levels of NAD+ to be retained even when total tissue concentrations are greatly reduced. It is also possible that other organelles may also be able to retain NAD+ during conditions of tissue NAD+ depletion, though this is yet to be investigated.

Another important consideration is that the mitochondrial NAD+ redox status is typically less pronounced than that found in the rest of the cell. This has important implications when considering the age-related decline of mitochondrial count: a reduction of mitochondria within the cell could potentially influence total cellular NAD+ and thus affect total tissue levels of NAD+. Studies have shown that the number of mitochondria present in cells typically falls as we age, so it is highly likely that this decline has a significant impact on cellular NAD+.

It is currently poorly understood how mitochondria, and potentially other organelles, influence the total NAD+ pool available to cells, and finding better ways to measure this and the changes that occur will be important in understanding the role of NAD+ in aging and metabolism.

During aging, many of our tissues change in their cellular composition and structure. For example, the amount of cells in tissue declines due to losses from cellular senescence, and the availability of fresh replacement cells declines due to stem cell exhaustion.

Tissue and the supporting extracellular matrix on which it sits can also experience remodelling during aging, such as through the formation of crosslinks, which can alter the way tissues behave.

A classic example of cellular composition change during aging is in the shift from brown to white fat: our populations of adipocyte cells change from one type to the other as we age. This switch also most likely changes the dynamics and levels of NAD+ in the cells and thus the overall tissue levels of NAD+.

It is because of these changes to tissue composition from various sources that we must be mindful of them when studying NAD+ levels and changes, especially in the adipose tissue of older people.

Right now, it is still largely unknown just how much the shift of cells from one type to another influences NAD+ biology. The use of advanced mass spectrometry-based techniques, including single cell metabolomics as well as imaging, could improve our understanding in this area. Therefore, the development of better ways to measure the impact of tissue composition changes on NAD+ should be a key focus of research.

We have reached the end of our look at the various sources of NAD+ consumption during aging. Hopefully, as research in this area advances, we will begin to unravel the various unknown details and have a full picture of NAD+ and its age-related decline.