We propose that NADH will exert a specific kill action against some cancers. NADH is a natural metabolite. We envisage a low side effect profile and that NADH therapy will, additionally, combat the wastage and weakness of cancer patients, which can be the cause of death in some cases. Significantly, NADH can be administered orally and has already cleared clinical trials, all be it for other pathologies.

Cancer cells produce ATP through aerobic glycolysis (Warburg effect) some or all of the time. This metabolic fingerprint is already exploited clinically to diagnose cancer using the radiolabeled glucose analogue - 18Fluoro-deoxyglucose (FDG) - in positron emission tomography (PET). Cancer cells utilising aerobic glycolysis have higher glucose uptake rates than surrounding, untransformed cells utilising aerobic respiration. It is this disparity that permits tumour identification. The vast majority of metastatic tumours are highly glycolytic (>90%) and it may be that all of them are, but not all can be resolved at the present sensitivity and selectivity of the technique  e.g. those smaller than 0.8 cm3.

I propose that exogenous NADH administration will cure some cancers. NADH is a substrate for OXPHOS and a continuous supply will confer a constitutive, enduring utilisation of OXPHOS in cancer cells. This will either halt their proliferation or trigger apoptosis.

Exogenous NADH will be harmless to most normal cells. It will just provide an additional source of energy for them. They will lower their glycolytic and TCA cycle rate accordingly to produce less NADH themselves (via ATP’s allosteric feedback mechanisms upon key glycolytic enzymes). Exogenous NADH may, however, be harmful to non-malignant, proliferating cells. So, there could be side effects. Although, in an adult, the proportion of healthy cells that proliferate at high rates is very small. So, these are likely to be slight.

The anti-cancer effect of a number of conventional treatments is based on their ability to stimulate ROS production and then apoptosis e.g. radiation, etoposide, arsenates, vinblastine, cisplatin, mitomycin C, doxorubicin, camptothecin, inostamycin, neocarzinostatin etc. These typically stimulate ROS production, and damage, across all cells: cancerous or healthy. Cancer cells may be affected more because proliferating cells have a lower tolerance for ROS before apoptosis is initiated, as discussed. But normal cells are also damaged and the side effect profiles can be horrendous. Contrast this with the more targeted action of NADH therapy. 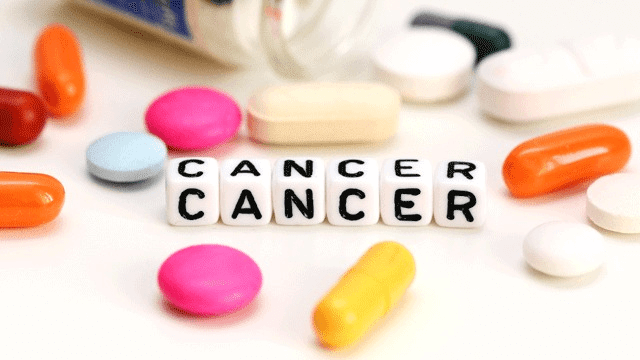 I propose that NADH pills will cure some cancers. A natural metabolite exerting such a specific kill effect is counterintuitive and intriguing. NADH therapy may also combat the wastage and weakness of cancer patients. Crucially, oral NADH has been proven as safe for humans in clinical trials (as a treatment for depression, Parkinson’s disease and chronic fatigue syndrome).

This paper presents theory rather than data; but it is theory that is desperately needed at this point. Drug discovery should be driven by rationale rather than a random walk through compounds, awaiting fortuity and serendipity. We must rethink our approaches. We haven’t significantly improved the survival of Stage IV cancer patients since President Richard M. Nixon declared war on cancer over 40 years ago. My hope is that this article will prompt investigators to pursue directed animal and clinical studies.